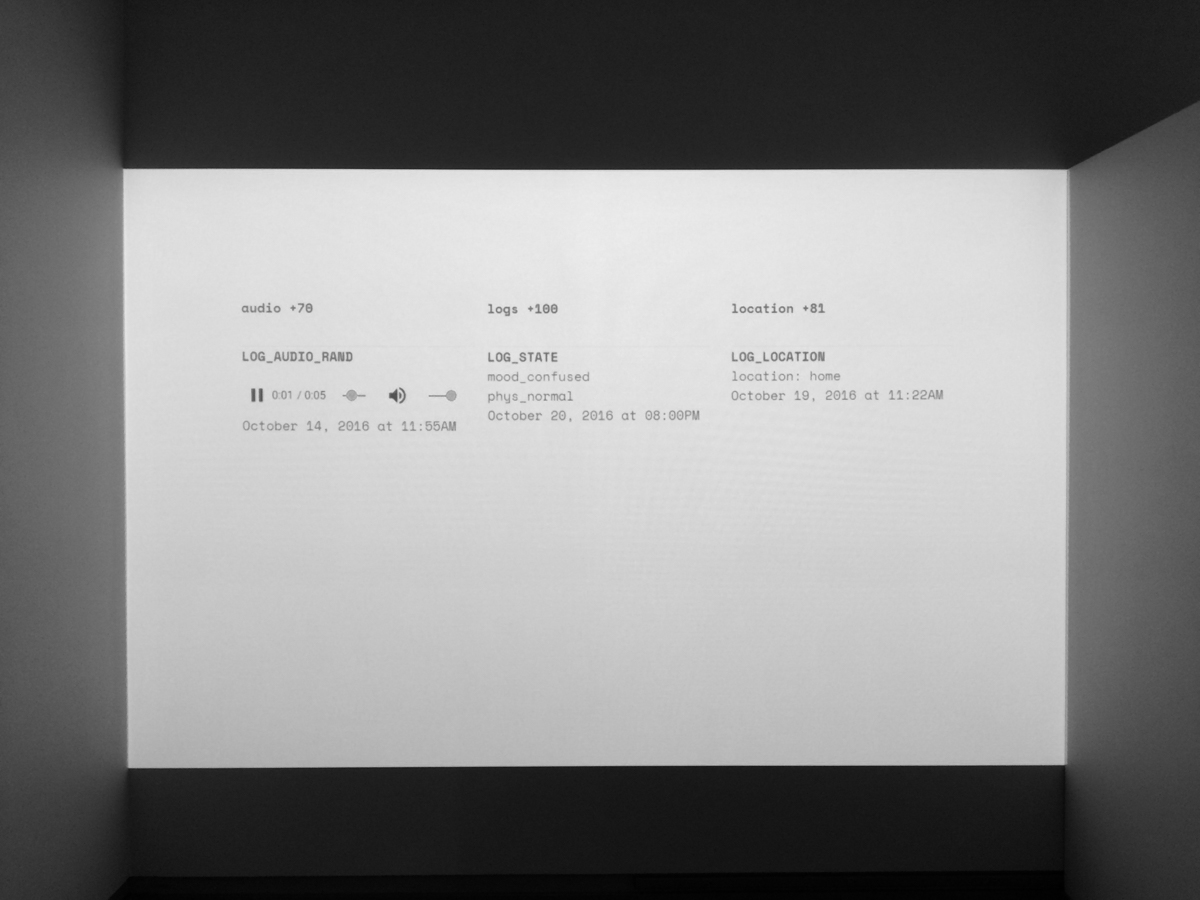 PRIVY was an exploration of radical data transparency. Through pervasive use of digital devices, most of the actions, conversations, and movements a person experiences are captured and transferred as digital data and metadata. But not all. In this work, I self-report personal data that is resistant to digital capture and transfer by automated sensors and applications. I also expose data that is normally encrypted and obscured from public access including email metadata. Data is connected through a series of ready-made mobile and web-based applications as well as custom scripts. This data is aggregated along with other automatically collected data, and then visualized on a custom website accessible for public and government consumption. The result is a visual spectacle that accesses multiple meanings of the work’s title.

PRIVY was projected live in the Palmer Museum of Art at Penn State’s University Park campus during the Expanded Practice junior faculty group show. The project was updated from October to December 2016. Some of the features have since been disabled, but the website can be accessed at the following URL: http://michaelcollins.xyz/mcc/